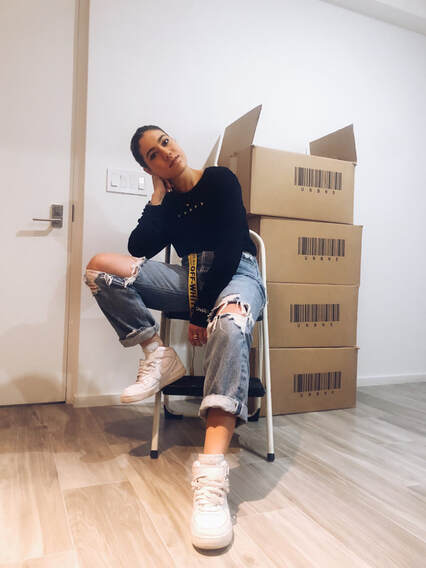 When first learning about the gravity of this situation in 2016, I thought about the first time I learned about slavery in middle school. I remembered how the class would go from being boisterous all year round to becoming quiet and solemn whenever we would discuss the topic. We would read about it as if it was a thing of the past, as if it no longer existed, as if we were saved from it. It's the 21st century and sadly, slavery continues to propagate. What I have learned is that we are not safe from slavery and that our brothers and sisters are being trafficked and sold all over the world. It is upsetting, sickening, disheartening.

Because so many of these Survivors are women and similar in age to me and my sister, Alexis ("Alex"), we knew we had to do something. Together we coordinated Unbound's incorporation and laid the foundation for an organization that has positively impacted dozens of human trafficking survivors in South Florida.
​
However, at the time, Alex was in her junior year of high school and I was in my sophomore year of college. As an engineering major, I was still becoming accustomed to life in college, like learning how to balance my time and what becoming a successful student entails. I knew I would not be able to give my full effort and attention to Unbound as it so deserved but assisted in all the ways I could.

As the end of Alex's senior year approached and her new life in North Carolina at Duke University was about to begin, I was entering into my senior year of college at the University of Miami. It was at this time that I became President of Unbound. I continued learning more and more about human trafficking and the heart-wrenching pain Survivors undergo. I was blessed to meet a couple of Survivors and talk to them about their experiences. Once I had everything in order, I set up a team and began to think of ways of how we could help Survivors and raise awareness about this 'crime against humanity.'

At the beginning of the journey, my team and I experienced some legal issues and rather than letting the problem defeat us, we made it work to our benefit. It was then that Unbound Miami evolved into UNBND, developing a new logo in the process. The reason I chose a barcode is due to the fact that a barcode is an everyday object, the symbol for commerce. Everyone knows what a barcode is and what it is used for - to buy things. It has become such an integral part of modern society as it is used billions of times within a single second.

Since I became President, we have had continued success in collaborating and helping the Survivor's from Glory House of Miami and Kristi's House Project Gold. We created merchandise as a way to raise money and assist Survivors in need as 100% of the profits go to the Survivors from Glory House of Miami. These efforts have allowed us to pay for counseling sessions as well as other needs the Survivors may have. We have also donated computers in an effort to assist in outreach projects that entail the tracking down of potential Survivors, and so far, it is working.

Thank you to those who have donated and helped UNBND become UNBND. It means so much to me and the Survivors. Thank you for taking the time to learn about UNBND and the people behind it, for if there was no team, this would not be possible.